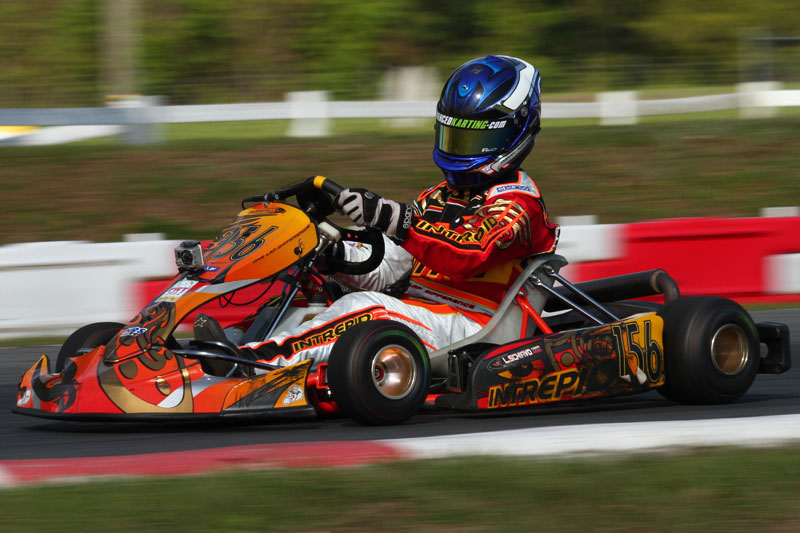 Advanced Karting Tony Kart driver Daniel Formal had a very successful 2010 Florida Winter Tour campaign where he claimed multiple race wins and podium results. Though coming up short in two championship chases, the young and talented Formal proved that he has a bright future in motorsports and will be a force in the senior karting ranks throughout 2010.

“We had a lot of ups and downs this Winter Tour,” expressed Daniel Formal at the completion of the last round in Ocala. “This by far was our worst weekend this season but we had some great results in Orlando and Palm Beach. I proved that in my rookie season I can battle with North America’s best senior pilots and am looking forward to competing at the Rotax Grand Nationals in July and hopefully claiming a spot on Team USA for the Rotax World Finals.”

Competing on both weekends in the Florida Winter Tour, Formal and his Advanced Karting team would battle in both the Rotax Senior and Pro Rotax classes. While the result was the same in both, Formal scored huge victories against former national and world champions.

Kicking the Rotax Pro season off at the Orlando Karting Center in January, Formal was on pace early and proved t be one of the quickest drivers out of the box. Under cold and rainy conditions, Formal managed to claim a solid fifth place finish on Saturday before moving to the podium on Sunday with a strong third place podium result.

Heading to Palm Beach in the thick of the championship battle, Formal was again at the front of the field and proved to be one of the quickest pilots in attendance. Two podium results on the weekend would place him solidly second in the title chase with a shot at the overall series championship at the end of March. Finishing second on Saturday and third on Sunday, Formal was showing the Winter Tour competitors that he is one of the fiercest drivers around.

On to Ocala for the final round, Formal would have one of his worst weekends in his short karting career. A major crash during Friday’s official timed sessions would destroy the front end of Formal’s kart and would force a slight bend to the main frame rails. Straightening for Saturday morning is all that could be done but an ill handling machine would provide Formal with added pressure throughout the weekend. Formal would claim a sixth place finish on Saturday as competitors competed in dry conditions and on Sunday would come home eleventh with as a flat tire took him out of contention in wet weather racing.

Rotax Senior would provide some better results for the young Formal as at the Orlando kart Center, the Tony Kart rookie would claim a victory on Sunday after a disappointing early race exit on Saturday. Battling with some of North America’s best, Formal raced wheel-to-wheel and did not give an inch in the class that provided more than fifty entries.

On to Palm Beach International Raceway, Formal would enjoy another double podium weekend as a third place result on Saturday, backed up by a main event win on Sunday gave the young talent a shot at the overall title.

The final round in Rotax Senior at the Florida Winter Tour was held at the newly repaved Ocala Gran prix facility. With a championship on the line, Formal did what was needed to claim the title on Sunday with a second place podium result. Sunday would bring disaster to the young Floridian as Formal received contact in the first corner and was unable to complete a lap. Sitting on the sidelines, Formal watched as the championship slipped out of his grasps.

Formal will spend the next months competing in race action in Southern Florida as he will contest in the South Florida RMax Challenge before travelling to the New Castle Motorsports Park in July to compete in the US Rotax Nationals. With three seats available to the Rotax World Finals in Italy, Formal will look to claim a podium result and assure his competition overseas. The Floridian pilot will also travel to Canada on several occasions throughout 2010 to compete in the Eastern Canadian Karting Championship in the Rotax Senior division against some of Canada’s best driver’s.

For sponsorship opportunities and more information on Advanced Karting and Daniel Formal, please contact Donald Formal at 561.718.6840 or visit them online at www.AdvancedKarting.com.