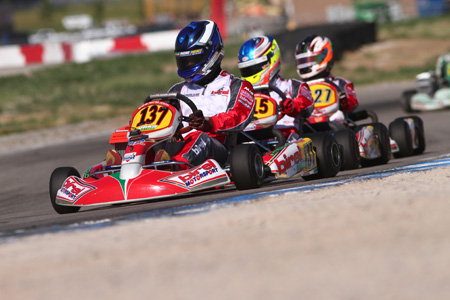 K1 RaceGear is proud to announce that it is now the official racegear provider for Daniel Formal. Daniel, who began kart racing at the age of 5 years old, has established himself as one of the premier kart racers in North America. Over the years, Danny has consistently run at the front in National events such as the Florida Winter Tour and the Rotax Grand Nationals. In 2010, he was ranked the #1 driver in the United States for Rotax Senior, and proved himself at the international level with a 5th place finish in the Rotax World Finals at La Conca.

K1 RaceGear is both proud and honored to be working with Danny as it is clear that he is one of the top Rotax racers in the world. We wish him luck in his upcoming Rotax Pan American Challenge race in New Castle, as Formal looks to secure a spot on the Rotax Team USA for a second consecutive year.

Keep an eye out for the artist renderings of Danny’s custom K1 RaceGear suits on our Facebook page, and look for him to be sporting his new custom K1 suits later this season.